Just over three years ago I started playing the mobile game, Ingress, the first image was for my friend who invited me – beta users got a badge if they got three iOS players who then went past L3. 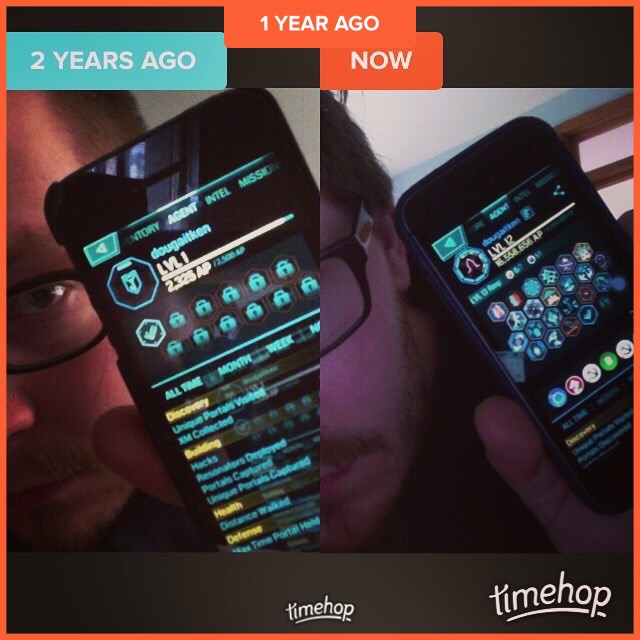 Now Niantic are more known as the developers of Pokémon GO.

I've kept going with Ingress, as well as PoGO, and I'm now coasting towards L16. I could have pushed harder at times but I don't go out my way to play any more. Had my badges for a while, and now it's what we call "the AP grind". Ah, remember the "Verified" badge? And twice I've been not too far off the next level when the yearly badges were released. But it's been a fun ride, and even on trial at Automattic I found out my trial buddy was an ENL agent!

1 thought on “Three years of Ingress”